A Quick Guide to The Maori History in New Zealand

The History of New Zealand Aotearoa

New Zealand has a shorter human history than any other country. Short, yes, but the amount of change this country experienced was pretty phenomenal.

It all started with the Maori. Using awesome navigational skills to make their way from a Polynesian island they called Hawaiki to Aotearoa (New Zealand), they migrated to New Zealand in the 1300s. Early Maori history has been passed on through song and stories, as there was no early Maori written language.

The Europeans didn’t know New Zealand even existed until 1642. As the Europeans had a tendency to document everything, they brought another aspect to how Maori history was told. In fact, the word “Maori” itself signifies the change the Europeans brought on Maori life. Before, there was no collective word for the various tribes in New Zealand. “Maori” was decided, meaning “ordinary”.

The Land of the Long White Cloud

As Maori legend tells it, Kupe and his crew from Hawaiki were the first to find New Zealand. After difficulty fishing near their homeland, Kupe used nifty navigational skills to find new land using the ocean currents, wind, stars, birds and wave patterns.

It is said that Kupe’swife Kuramarotini gave New Zealand its first name, Aotearoa, meaning”land of the long white cloud”. Kupe and crew explored parts of the North Island and Cook Strait (between the North and South Island). Hokianga in Northland was the first place to be named. 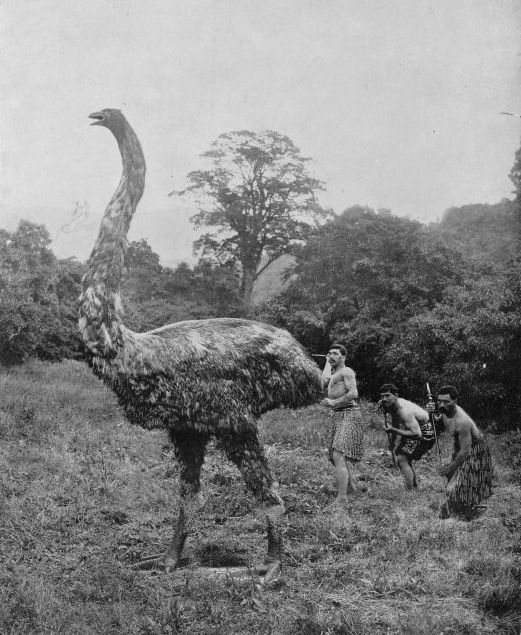 Navigational skills and information were passed on from Kupe to his people for the first migration to New Zealand to occur in the waka (large canoe). New Zealand had been growing and evolving in isolation for 80 million years, so for the Maori, they had struck gold in this huge island full of forest and birds that were not used to land mammals. Moa, a native flightless bird reaching heights of 12ft, was an easy target for food as you can tell by the lovely (but fake) moa pictured.

A high protein diet meant a huge population growth for the Maori, and this population spread from the top of the North Island all the way far south in the South Island. As resources started to dwindle, such as the extinction of the moa, tribes formed for security and fights for resources. Any disputes between tribes were sorted with intermarriage and diplomacy, or the less peaceful methods of military campaigns. Tribes would live in separate villages but retreat to “pa” site, a fortified location, when feeling threatened by other tribes.

First European Contact with New Zealand and the Maori

The Maori’s first encounter with Europeans was a short one. Abel Tasman, a Dutch seafarer, sailed from Indonesia and anchored in Golden Bay, South Island in 1642. A Maori tribe met the ships with their waka and did a traditional challenge, which asks: “friend or foe?”

Tasman’s responded with the sound of trumpets, lowered a boat of crew to meet the Maori… and the Maori killed four of the crew by ramming the boat. Clearly, this was some sort of misunderstanding that Tasman did not want to pursue further, as Tasman got the hell out of New Zealand. He did, however, name this country “Nieuw Zeeland” meaning “new sea-land” and called Golden Bay, “Murderers Bay”. Thankfully, the latter name didn’t stick, as Golden Bay is actually a really nice place.

The next Europeans wouldn’t arrive for another 127 years…

The Maori and Captain James Cook

In 1769, a mix of English and French contact with New Zealand and the Maori occurred. The English marginally beat the French to it under the order of Captain James Cook. James Cook mapped the coast of New Zealand, making it possible for the great European migration to start. However, much like Abel Tasman’s meeting with the Maori, the first meeting between the Maori and the English was a disaster. When anchored in Poverty Bay in the North Island, Cook sent a boat to shore. The encounter resulted in some Maori being killed, making it a sensitive issue in New Zealand’s history.

The next day, Cook made a second attempt, taking Tupaia a crew member picked up from Tahiti who could speak a language similar to Maori. Gifts were offered to the Maori but, understandably, the Maori were a bit hostile after the events of the previous day. When one Maori took a European’s weapon, he was shot…

As they say, third time’s a charm, even if in this case it was a bit rough around the edges. Conflict broke out between Cook’s boats and the Maori’s waka, resulting in three Maori jumping overboard and being seized by Cook. Cook could finally convey to the Maori that they had come in peace by showering them in gifts, food and drink. They were taken back to shore the next day. 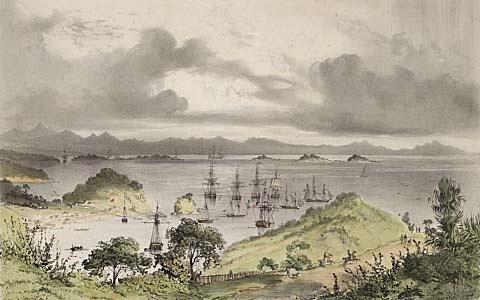 It eventually got to the point where the Europeans realised that shooting people was not the friendliest of greetings. In the early 1800s, whalers from Europe and America started to visit the Bay of Islands, setting up trading villages with the Maori.

Timber and flax were traded in the town that is now known as Russell. In fact, this was New Zealand’s first capital city. Back then, it was referred to as the “hellhole of the Pacific”, as this is where whalers stopped for “rest and recreation”. And by that, they meant sex and drink. TodayRussell is a charming seaside town and well worth a visit in the Bay of Islands.

The peace was kept through intermarriage and the fact that the Europeans needed the Maori for protection, food and labour, while the Maori needed European articles like muskets. 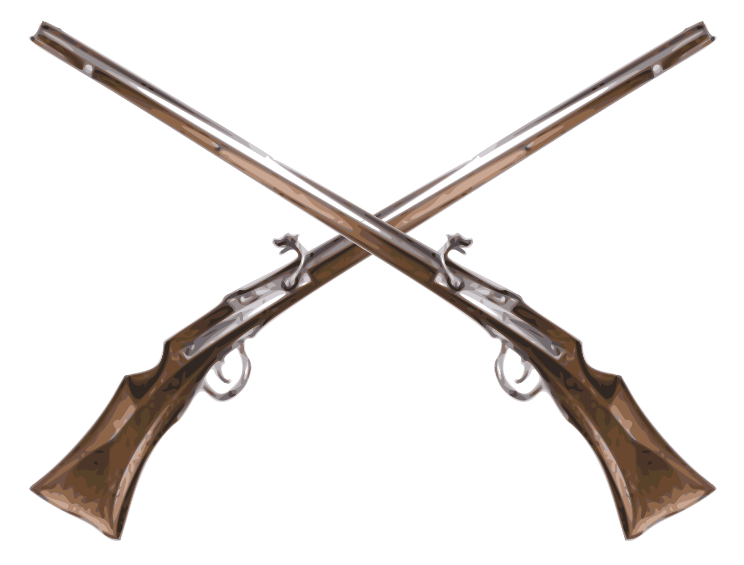 New technology, transport, literacy, religion and muskets: the ways of Western life soon found their way into Maori life. Between 1818 and 1836, inter-tribal wars broke out, which are more commonly known as the “Musket Wars”. A tribe in Northland, Ngapuhi, obtained muskets from trading and made their way down south, raiding other tribes. They would win battle after battle until facing a tribe who had also acquired muskets. Once the Ngapuhi were defeated, the winning tribe would continue the musket wars like a domino effect until the fighting reached far down the South Island in 1836. As muskets became equally distributed amongst tribes, the wars died off. Around 20,000 Maori died due to these wars. 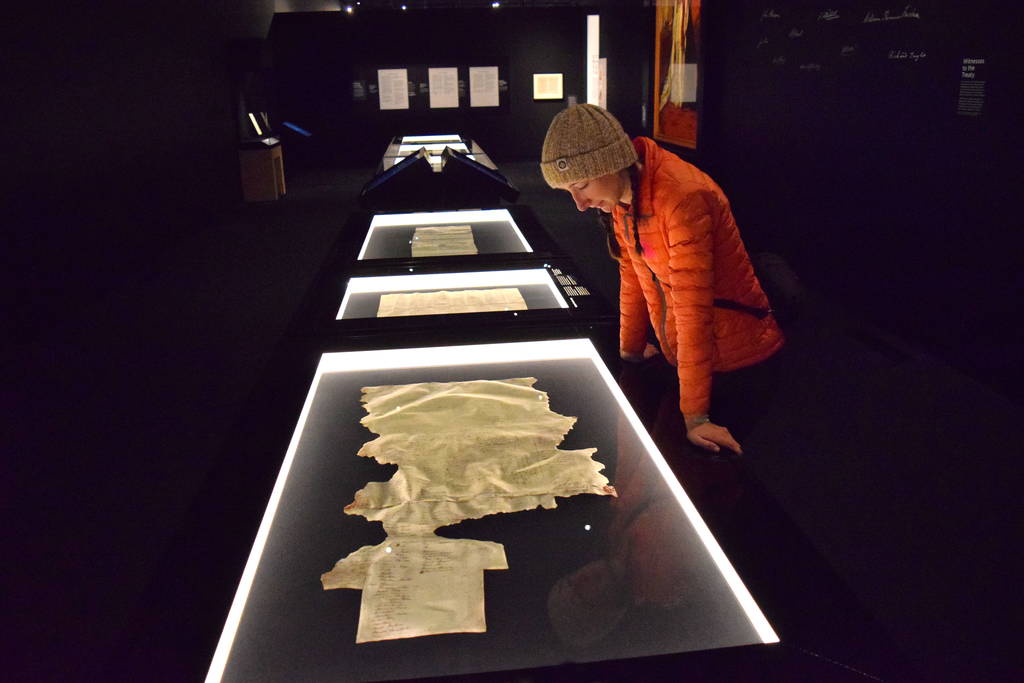 The Treaty of Waitangi

In the 1830s, Christian missionaries preached to some Maori tribes, converting them to Christianity. Incidentally, the missionaries promoted the Treaty of Waitangi. This is a founding document, which was a political agreement between the British Crown and the Maori tribes and sub-tribes. The treaty was to found a nation-state and government in New Zealand.

The Maori saw the profits of the Europeans and accepted their authority on 6-February-1840 when the Treaty of Waitangi was signed. However, there is much controversy surrounding this document due to the discrepancies over European and Maori understanding of it. Basically, it did not translate correctly between English and the Maori language. The English version stated that Maori had equality with British subjects but the British had complete rights of government. On the other hand, the Maori version also promised chieftainship giving local rights of government.

Although the problem was not clear at first, it became apparent as European settlements started to grow into Maori land. It turned out that the Maori’s government rights only applied outside of European settlement. In turn, the Maori lost a lot of land. 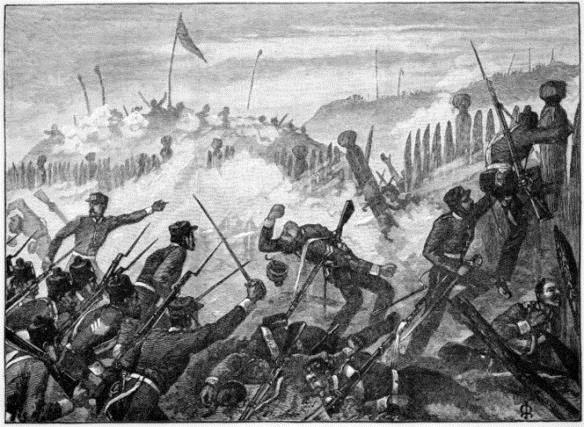 The European expansion continued, but the Maori didn’t give up control of their land without a fight. From the 1840s battles broke out several times as the Europeans either attempted to take control of Maori land or the Maori sacked European settlements. The Europeans had more luck controlling theSouth Island but faced struggle with the heart of the North Island. In particular, the 1863-64 in the Waikato War. This was the biggest land war, involving heavy artillery, armoured steamships and 10 British regiments.

Although the odds were against them, the Maori won several battles. In the end, British numbers and resources overcame the Maori. Maori political independence dwindled until finally expiring in 1916 when police invaded the last sanctuary in the Urewera mountains.

Maori influence on national affairs was severely reduced and the Maori population had dramatically declined. Keeping the Maori culture alive was the next struggle. Strong Maori leaders were in force to rejuvenate Maori society. In particular, Apirana Ngata, featured on NZ$50 bill, was a Maori politician bringing Maori into parliament, formed the Maori Pioneer Battalion in the WWI and the Maori Battalion in WWII, initiated health reforms and land tenure reforms of the Maori people, as well as overseeing the restoration and building of meeting houses, and generally promoting knowledge of the Maori culture.

Indeed, it seemed Maori were adapting to the change to fit in with Western society. Many Maori started to shift to the urban centres to find work rather than staying in rural settlements as they had always done. Where they brought cultural aspects to the city with them through building urban maraes, for example, they were subject to the teachings of Western, mainly British, education in schools.

The Second Half of the 20th Century

Protests broke out as people were becoming more aware of the impact European colonisation had. The first Waitangi Day protests were organised by activist group Nga Tamatoa in 1971. Similar protests still occur and there’s even a Waitangi Day public holiday for it. In response, the Waitangi Tribunal was set up in 1975 to investigate breaches of the treaty.

The results of the protests have become evident even into the 21st century, such as:

Today, it is widely acknowledged that Maori is an important part of New Zealand’s identity. However, the application of Maori cultural knowledge in modern New Zealand life is still debated. For example, although there has been a steady increase in Maori population in New Zealand in recent years, there has certainly been a decline in the Maori language use, despite efforts to incorporate it in education.

From the national museums to overnight stays in maraes (meeting grounds), there is a spotlight on the Maori culture in New Zealand tourism to showcase the culture to the wider world. An example of these experiences can be found in the 10 Places to Experience Maori Culture in New Zealand. 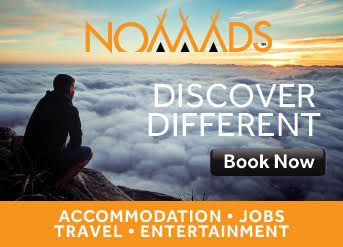 The Girls’ Guide to Backpacking in New Zealand 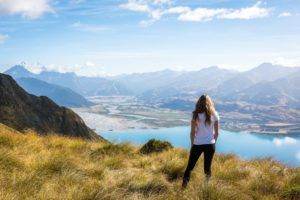 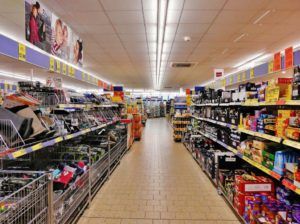 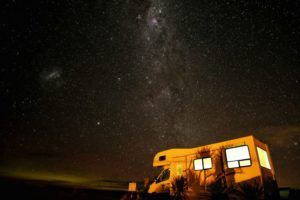 The Essential Guide to Renting a Campervan in New Zealand

How to Send Money Overseas from a New Zealand Bank Account

What is the Best Type of Vehicle to Rent in New Zealand?

10 Best Travel Board Games (for New Zealand and Other Places) 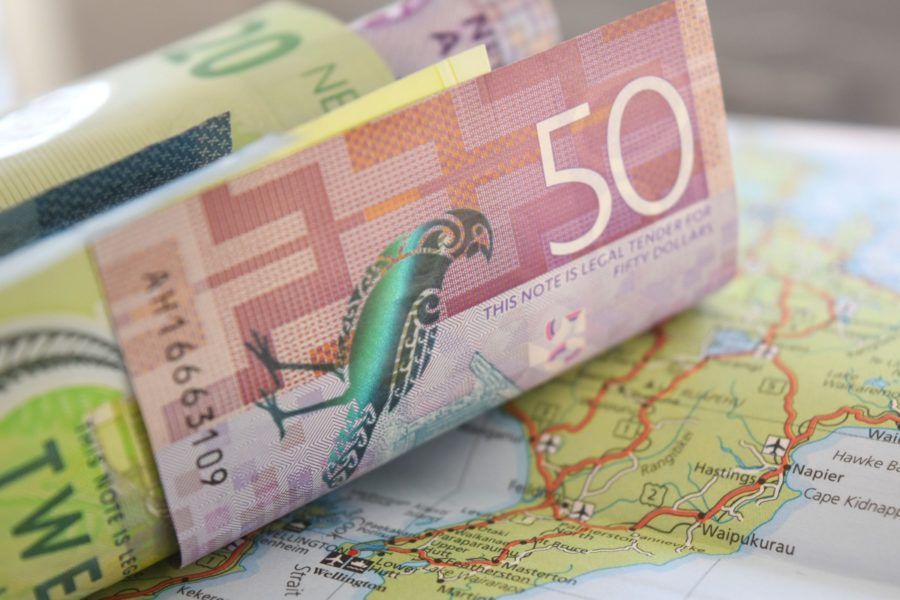 The Best Way to Pay in New Zealand