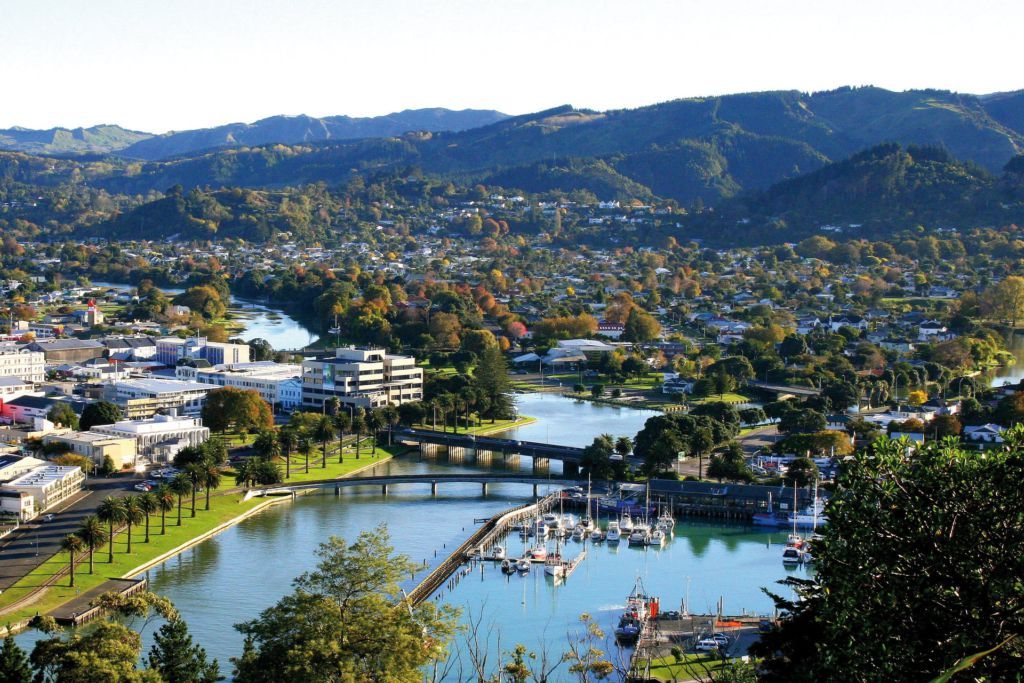 The Hub of Eastland

Gisborne, or “Gizzy” as the locals call it, is a city of firsts. With its close proximity to the international dateline, it is the first city in the world to see the sunrise. The biggest celebration of this is the New Year’s Eve party that is the Rhythm and Vines festival. Volunteering at the festival is a must activity for backpackers!

Another first is the area was the first landing point for Captain James Cook, who mapped the New Zealand coast. The city is extremely proud of this fact by commemorating the explorer every chance it gets: naming several sites after Cook and erecting statues.

Gisborne may hold historical significance in New Zealand, but today backpackers can enjoy the area for its pleasant sunny climate matched with stunning beaches and excellent surf. The climate also means a tipple of wine is a must, as well as providing some vineyard jobs to fund your travels.

Things You Can’t Miss in Gisborne

Get more inspiration in 10 Awesome Things to Do in Gisborne. 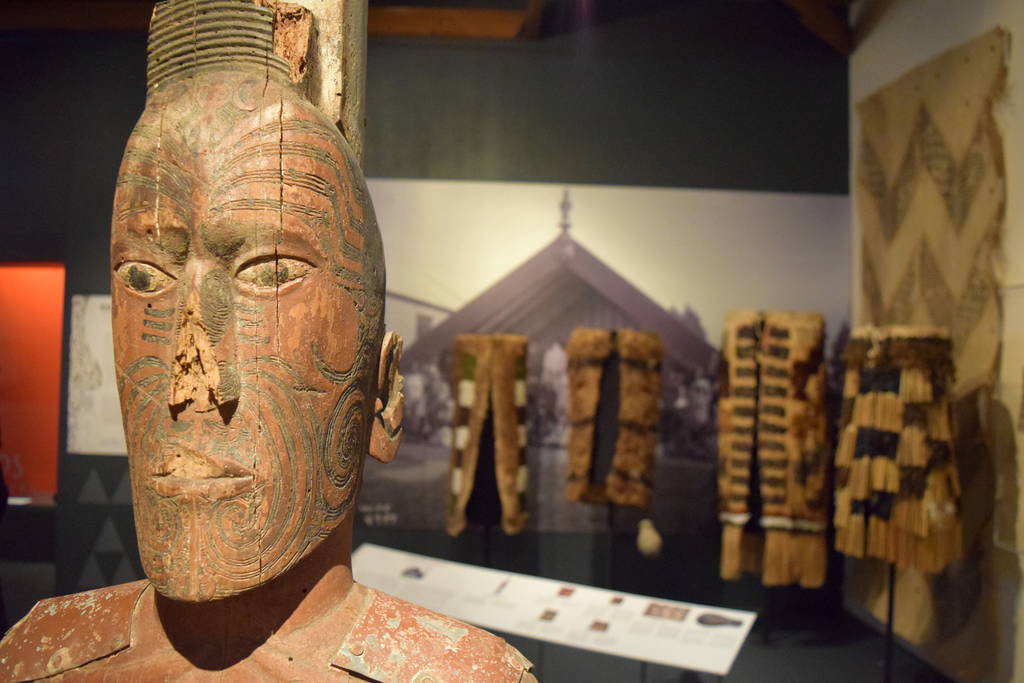 Gisborne and the surrounding coastal area is known in te reo (Maori language) as Tairawhiti meaning “the coast where the sun shines across the water”. Gisborne is a very significant area as a site of early Maori settlers in the 1300s.

Kaiti Beach was the landing site for the Horouta and Te Ikaroa-a-Rauru waka (canoes) to which some New Zealanders today can trace their heritage to these early settlers. However, you won’t find the flax-wearing, haka-performing, poi-swinging cultural shows here as you find in Rotorua. As a backpacker, you’re more likely to hear some utterances in te reo or see the carvings indicating a marae.

To learn more about the early Maori history in Gisborne, visit the Tairawhiti Museum and Arts Centre for a small fee. In the setting of Kelvin Park alongside the river, see intriguing exhibitions of Maori artefacts and art. The maritime section allows you to see a waka, learn about Captain Cook’s encounter, Gisborne’s whaling days, and view a vintage surfboard collection.

The first of many monuments of Gisborne is the giant tauihu (canoe prow) to celebrate the early Maori explorers. This is situated on the corner of Gladstone Road and Customhouse Street. 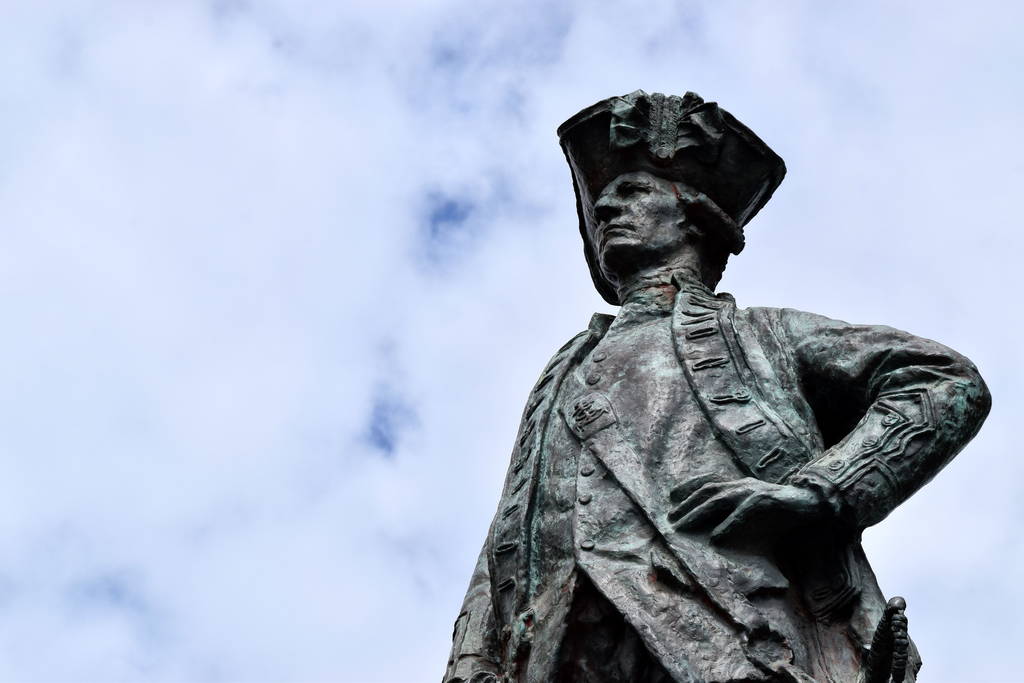 As the first landing site of Captain James Cook and Maori encounter with the British, Gisborne is proud to commemorate this with countless statues and sites named after the British explorer.

This is it: the landing site of Captain Cook. The obelisk Cook Monument marks the point where his crew first stepped ashore in 1769.

Kaiti Hill provides a lookout over Gisborne, Poverty Bay and Waikanae Beach. This hill was once a pa (fortified) site. Drive up the hill on Queens Drive or take the walking track by the Cook Monument. The Kaiti Hill Lookout has a Cook statue, which has become a bit of a joke among those in the know. Not only does the statue not look like Captain Cook, but he is also wearing an Italian uniform rather than a British one.

Ironically, Poverty Bay has rich fertile land that makes Gisborne the famous wine-growing region it is today. However, it was dubbed Poverty Bay by none other than Captain Cook after he left the bay with none of the refreshments that he wanted.

At the mouth of the Turanganui River near Waikanae Beach lies yet another commemoration to the man himself, Captain Cook. Cook’s thunder is shared ever so slightly with the nearby statue of Nicholas Young, a cabin boy said to be the first of Cook’s crew to spot New Zealand. More specifically, the white cliffs which are now named Young Nick’s Head. 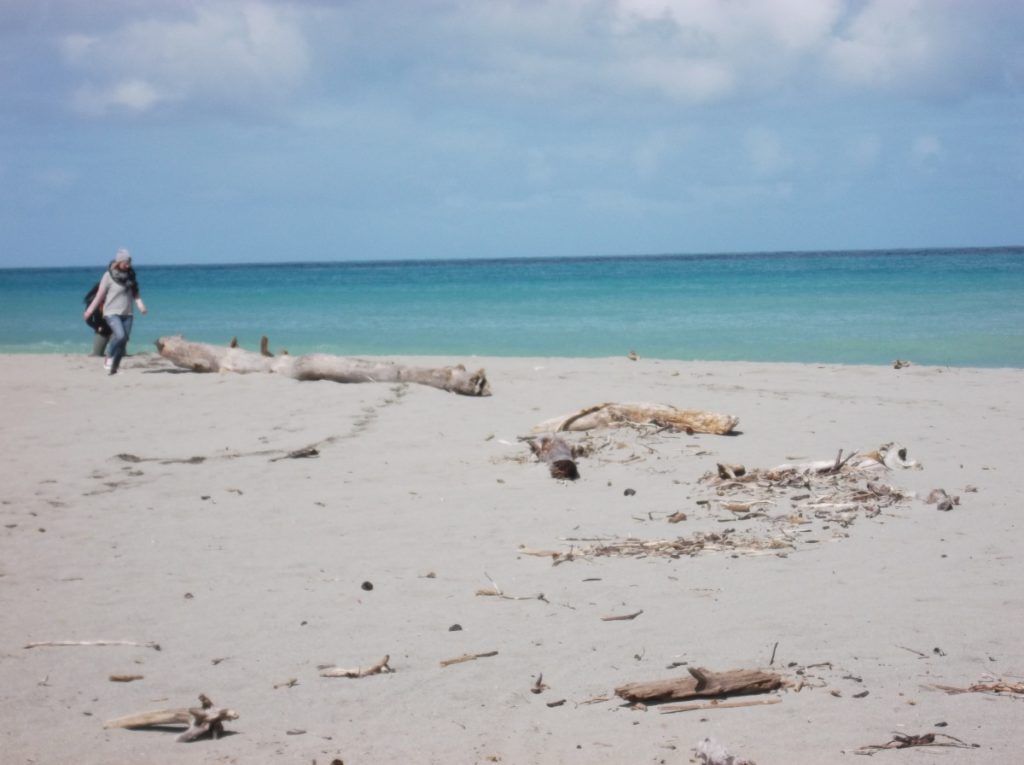 Due to the sunny climate, Gisborne is the perfect place for a beach getaway during the summer months. Surfers will find the best waves at Midway Beach, Waikanae Beach, Wainui Beach and Makorori Beach. If you are looking to learn a spot of surfing, there are a few surf schools in Gisborne to cater to your needs.

A unique experience lies at Tatapouri Bay, which is a 15-minute drive from the city.

At low tide, the reef at Tatapouri can be explored with Dive Tatapouri. Feed wild stingrays on a reef tour or even snorkel with the fascinating creatures.

Nature is a wonderful thing, especially when it makes something as fun as the Rere Rockslide! This a natural 60-metre water slide situated along Wharekapae Road, a 40-minute drive from Gisborne. Take a bodyboard or some sort of inflatable device to absorb some of the rocky bumps during your slide into the pool below.

Nearby is the Rere Falls. In front of the 10-metre high waterfall is a pretty good setting for a picnic.

Hidden upstream away from the main road is the Champagne Pools. These are natural swimming holes with water flowing into them making a bubbling “champagne” effect.

Also along Wharekapae Road is Eastwoodhill Arboretum, New Zealand’s national arboretum. You can walk among the largest collection of Northern Hemisphere trees that are south of the equator. Entry is a small fee, but the beautiful walks coupled with the drive past vineyards that showcase the wino culture of Eastland makes it worth the trip. If you want to stay in the area a little longer, Eastwoodhill Arboretum also offers very affordable backpacker accommodation. 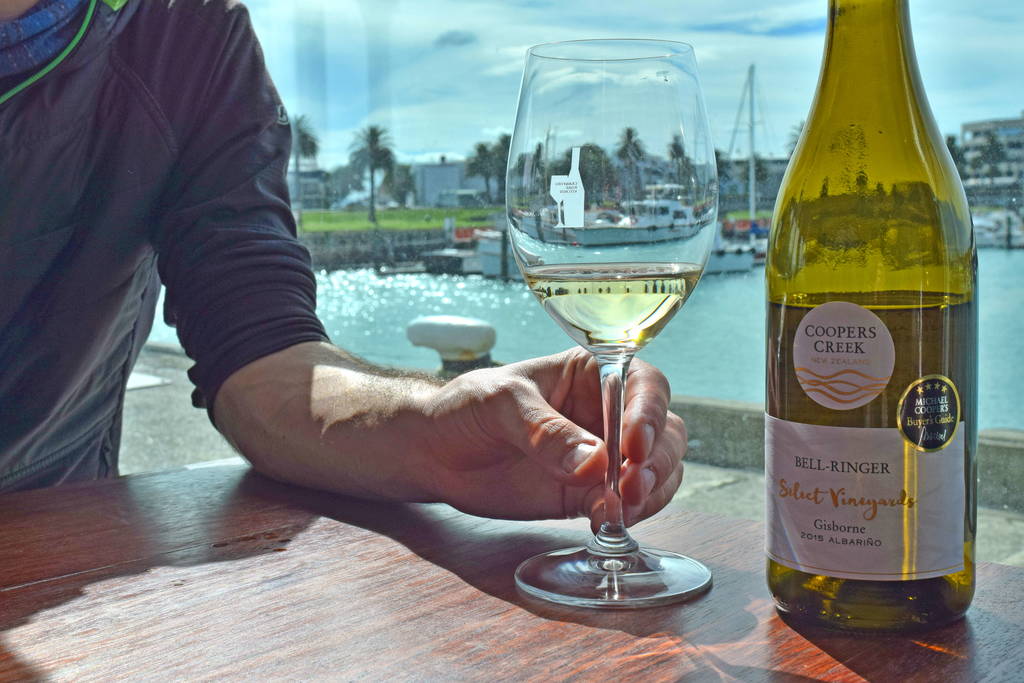 If wine is your thing then Gisborne is your thing. Hot summers and fertile soils are a recipe for award-winning chardonnay, Gewurztraminer and Pinot Gris in Gisborne. To taste it all, head to the Gisborne Wine Centre on the harbour.

Some wineries offer cafe lunches with your glass, such as Bushmere Estate and Kirkpatrick Estate. You can take a winery tour or plan your own by picking wineries from the 7 Best Breweries & Wineries in Gisborne.

Remember, with great vineyards comes great seasonal work, so snatch the opportunity to work while you are here.

Cider and Beer in Gisborne

Gisborne is not only home to winemakers, but the city also hosts its very own brewery, The Sunshine Brewery, which is open for tastings and casual brewery tours. There’s also the Harvest Cidery for free tastings and viewings into their cidery.

Of course, this would not be a backpacker guide without a few free walks included! A popular choice is the Te Kuri Farm Walkway. This 2-hour loop walk through bush and farmland can be accessed from Shelley Road at the north end of the city. Be aware that the track is closed during lambing season (August-October).

Whataupoko Park, also north of the city, is a mountain bike park used by both walkers and bikers. You can access the park from Fox Street and Hauroa Road.

The Gisborne Riverside Walkway is an easy, wheelchair-friendly 1km (0.6-mile) from Waikanae Beach on the Gisborne waterfront by the Captain Cook statue to Taruheru Riverbanks.

Otherwise, there’s Titiranga Domain (see above) and a whole lot of beaches to enjoy walks on!

For more ways to stretch your legs, see 10 Gisborne Walks You Can’t Miss.

Where to Stay in Gisborne

For more affordable stays, check out the 7 Best Budget Accommodation in Gisborne.

If You Have More Time in Gisborne…

This article was reviewed and published by Laura, editor in chief and co-founder of NZ Pocket Guide. Since arriving solo in New Zealand over 10 years ago and with a background in journalism, her mission has been to show the world how easy (and awesome) it is to travel New Zealand. She knows Aotearoa inside-out and loves sharing tips on how best to experience New Zealand’s must-dos and hidden gems. Laura is also editor of several other South Pacific travel guides and is the co-host of NZ Pocket Guide’s live New Zealand travel Q&As on YouTube. 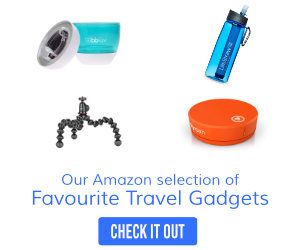 Where to Stay in Gisborne

For more affordable stays, check out the 7 Best Budget Accommodation in Gisborne.

The Complete Travel Guide to Gisborne 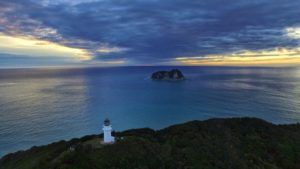 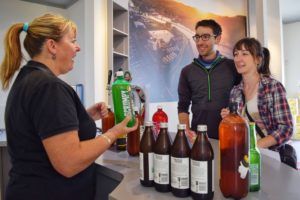 The Travel Guide to Gisborne on a Budget 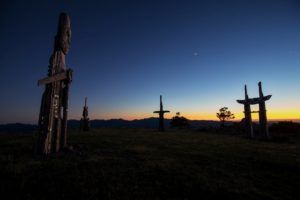 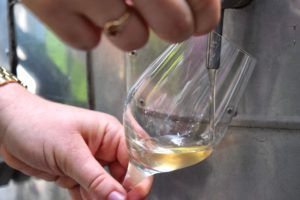 The Foodie Guide to Gisborne

10 Best Things to Do on the Matakana Coast 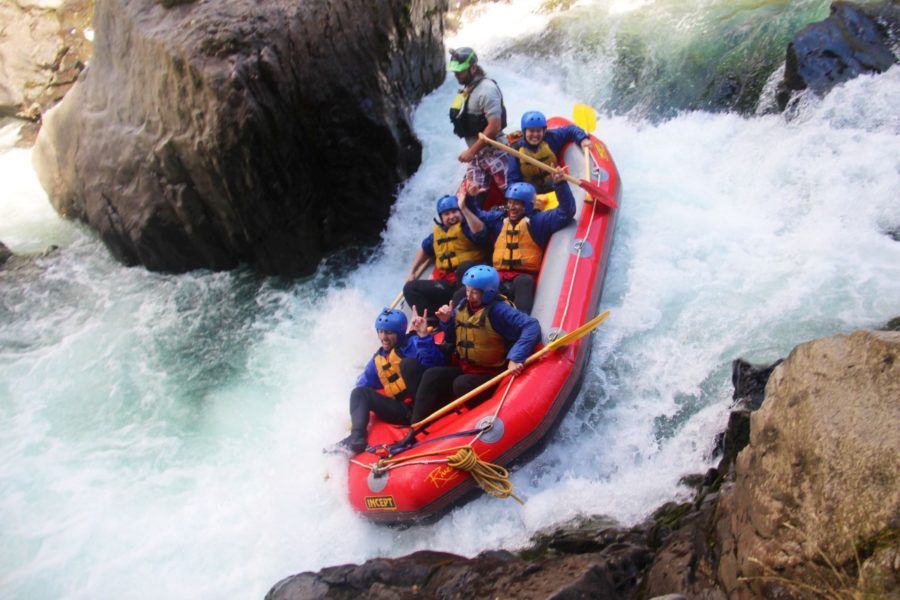 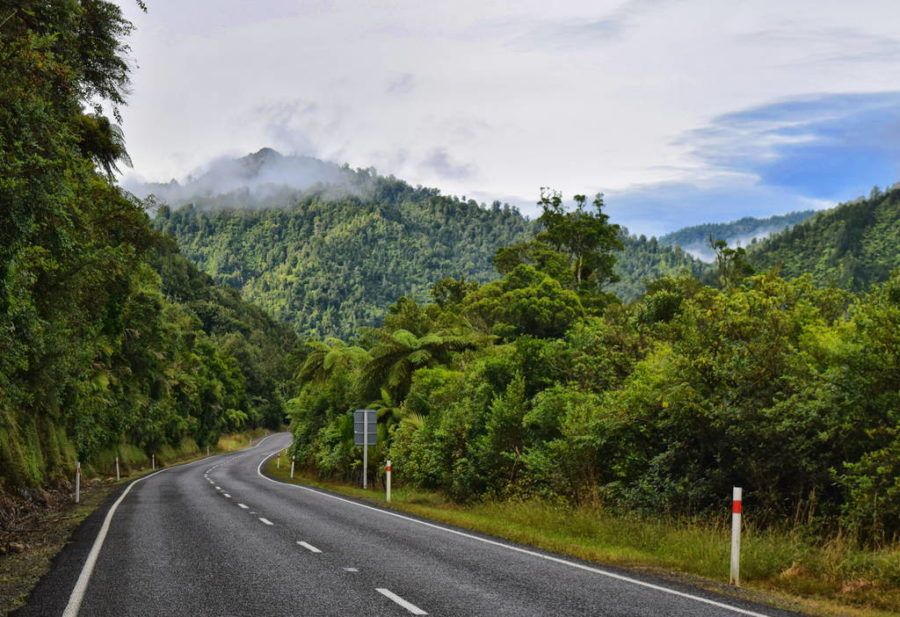 Opotiki to Gisborne via The Waioeka Gorge: 8 Epic Stops!